In the Watari district of Fukushima City which is 60 Km from the Fukushima Daiichi nuclear power plant, 6,700 households of 16,000 people are exposed to high levels of radiation. However, given the lack of information from the government and the absence of proper financial compensation for evacuees, many families are not able to move out of the contaminated area for a variety of reasons such as work or school. 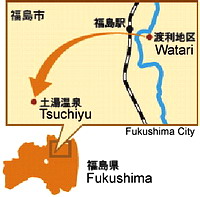 FoE Japan, along with Save Watari Kids, Fukushima Network for Saving Children from Radiation and Citizens Against the Fukushima Aging Nuclear Power Plants, thus decided to launch Watari-Tsuchiyu Poka-Poka Project (From April 2012, named Fukushima Poka-Poka Project) in order to lower radiation exposure for children that have to stay in the contaminated area.

We organized trips to the “Tsuchiyu Hot Springs”, located in west part of Fukushima City and 30 minutes by car from Watari district, where recorded radiation rates are much lower.

We try to subsidize costs of travel and accommodation for families
in Watari District. From April 2012, we expanded the target area to Fukushima City, Date City and Date County.

With regard to the background of the project, please see the link below.
https://www.foejapan.org/en/news/120113.html

For the project English webpage, please see the link below.
https://www.foejapan.org/en/news/111219.html

Lessons learned from the Chernobyl disaster: Current situation of children in Ukraine

Close in on the truth of radiation effects (Dr. Larisa S. Baleva)

A flyer of the seminar

Poka-Poka events
In addition to seminars, we organized events for children and families almost every weekend. These help communication and networking between organizers/supporters of the project and the participants as well as among participants. 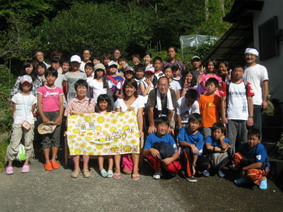 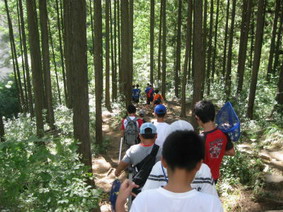 
Voices from the Participants
Many participants express their appreciation toward the project and donors. They also express their wish for the continuous support. Below are quotes of message by participants. --“Our first time out of Watari after a long time! So, we breathed as much as we wanted (smile). Our kids enjoyed playing in snow so much. --“Rice and water that people donated for us warmed my heart.” --“We enjoyed making origami a lot. It was also great for us to be able to talk with other residents.”