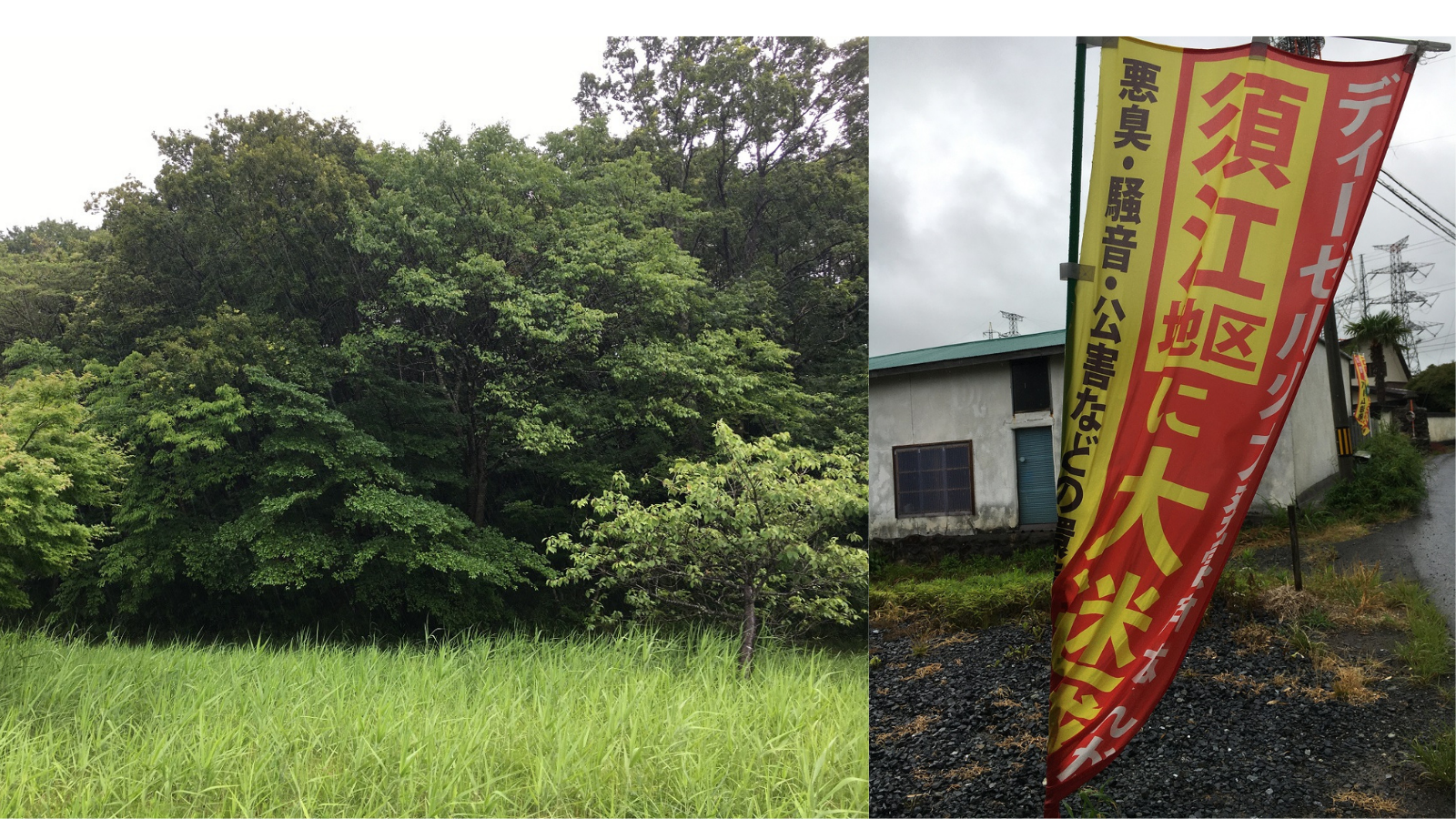 The planned project site and an anti-project banner

The company plans to grow a plant called pongamia on a vast land* in Mozambique as fuel for the power plant and import its extracted oil into Japan.

The letter states that even if the growing area appears to be a “degraded land” as G-bio Initiative explained, "It is often a land where unique ecosystems are developed or where people use it seasonally" and points out that "planting a single alien species on a large plot of land has a major negative impact on the region's indigenous ecosystems."

Vanessa Cabanelas, Coordinator of the Land, Life and Ecosystem Program at Justiçia Ambiental! or Friends of the Earth Mozambique, a Mozambican NGO working to protect the rights of land and farmers as well as to address environmental issues criticized the project as "occupying so much land for Japan's electricity is a form of colonialism", calling on the company to stop the project and to disclose information regarding the land where Pongamia is cultivated.

Regarding the power plant, the Ishinomaki City Council and the Miyagi Prefectural Assembly unanimously decided to submit a written opinion to the government that the construction of the G-bio power plant should be stopped due to possible deterioration of the living environment such as noise, vibration, and offensive odor.

Submission of the letter shows that the civil society of Mozambique, where the fuel is going to be produced, has voiced their concerns about the project.

We are concerned that the G-bio Ishinomaki Sue biomass power station (102,750kW output) planned by your company in Sue, Ishinomaki City, Miyagi Prefecture will create a huge environmental and social impact both on Japan and Mozambique.

You explain that you will use 400,000 ha of land in the Middle West Mozambique to grow Pongamia originated in India for fuel. While you mention using “degraded land,” you do not detail the location of the land. Although some land may appear as degraded land, there are often growing plants suited to the area. It might also be developing an original ecosystem or being used by inhabitants seasonally. Even if the land has nothing grown and not used by people, it will still bring a significant negative ecological impact to plant a single foregin species at the vast land of 400,000 ha.

Occupying vast land for the purpose of generating electricity for Japan, in other words, is a form of colonialism.

In addition, this project emits huge amounts of greenhouse gases throughout its life cycle: cultivation, processing, long-distance transportation, and combustion.

People in Sue are strongly opposed to your plan because there are schools, nursery schools, and residential areas around the planned construction site. They will be put at risk of deterioration of their living environment due to vibration, offensive smell and air pollution, and will also be put in danger from the increase of large trailers carrying fuels.

For the above reasons, we strongly request your company to cancel this project.