Video clips and pictures will be uploaded here: 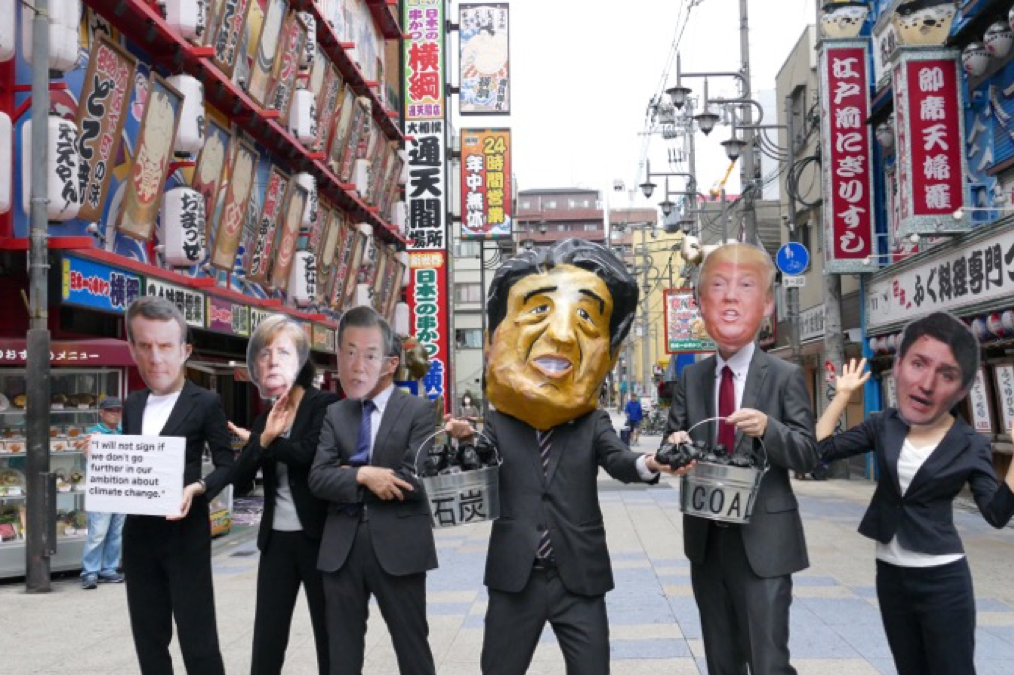 Kimiko Hirata, International Director of Kiko Network stated: “The Japanese government’s dependence on coal power leaves us lagging behind the rest of the world. Around the country, Japanese residents are protesting the development of new coal-fired power stations, and the G20 is a great opportunity for Japan to steer towards coal phase-out and to show true leadership.”


Hozue Hatae, Development and Environment Team Leader of Friends of the Earth Japan stated: “Japan is exporting coal-fired power plants using public money. Wherever coal is proposed and built, local people face environmental destruction, land grabs and loss of livelihood. Citizens outside Japan that are affected by these projects are also organizing protests to demand Japan’s coal phase-out. In order to stop climate change and prevent human rights violations, we urge the Japanese government to stop supporting such disruptive infrastructure.”


Yuki Tanabe, Program Coordinator of Japan Center for a Sustainable Environment and Society (JACSES) said: “The G20 has been committed to abolishing fossil fuel subsidies since 2009, but continues to fail to set out clear timelines or definitions. It is clear public funding for coal power, which can be considered as a fossil fuel subsidy that accelerates climate change, does not align with the Paris Agreement’s 1.5-degree target. G20 countries must show their leadership by moving away from coal power.”


Eri Watanabe, Campaigner for 350.org Japan added: “80,843 people from around the world have signed a petition calling on Japan, as it assumes the G20 Osaka Summit presidency, to withdraw from coal power. This week, residents in Japan and five other Asian countries have protested against Japan’s coal power finance. Protestors are not just those directly living in the shadow of coal plants, but also young people demanding action on climate change and calling on Japan to shift to 100 percent renewable energy.”