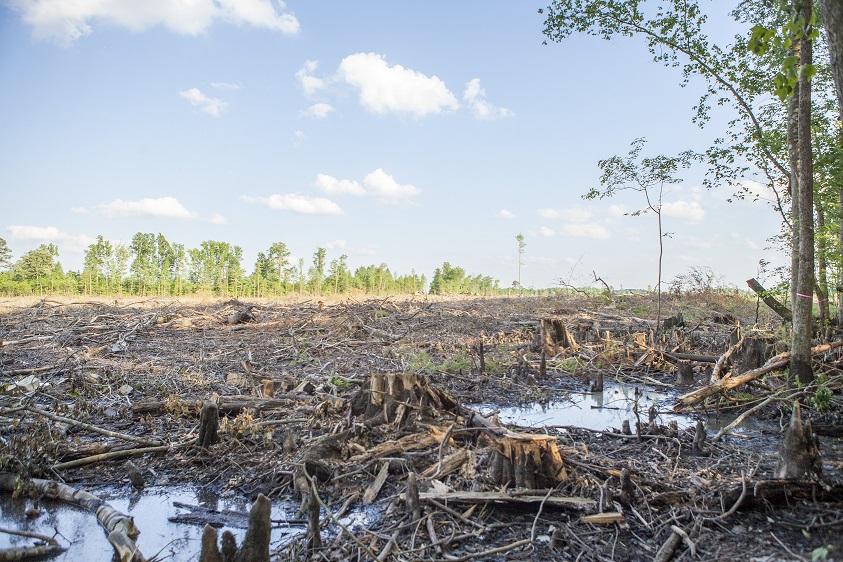 December 3, 2020
Today, 32 environmental NGOs in Japan and overseas, including Friends of the Earth Japan released a joint statement calling on Japan to stop biomass power generation with large-scale imported fuels.

Recently, Japanese Prime Minister Suga announced a policy to reduce greenhouse gas emissions to virtually zero by 2050. While we believe it is important to promote renewable energy, we are concerned that promoting large-scale biomass power generation which is predicated upon fuel imports could threaten biodiversity and accelerate climate change.

Recently, Japanese Prime Minister Suga announced a policy to reduce greenhouse gas emissions to virtually zero by 2050. While we believe it is important to promote renewable energy, we are concerned that promoting large-scale biomass power generation which is predicated upon fuel imports could threaten biodiversity and accelerate climate change.

In Japan, biomass power generation is promoted by the FIT (Feed-in Tariff Program for Renewable Energy), using a levy added to our electricity bills, in the belief that it is good for the environment. In recent years, however, there has been an increase in the construction of large-scale biomass power plants reliant upon fuel imports from overseas, resulting in a rapid increase in fuel imports such as wood pellets and palm kernel shells (PKS).

In particular, the volume of wood pellets imported into Japan in 2012 was about 72,000 tons, and in 2019, it was about 1.61 million tons, an increase of more than 20 times.(1) In a few years, imports, mainly from North America, are expected to surge, totaling more than 3 million tons. However, in the United States and Canada, it is reported that due to the rapid increase in wood pellet production for export, natural forests such as wetland forests are being clear-cut with major impacts on ecosystems.(2)

Large-scale biomass fuel production will cause deforestation and forest degradation, which will have a major impact on biodiversity and accelerate climate change. At present, biomass power generation is regarded as "carbon neutral" and is automatically eligible for the FIT in Japan. However, when the production of biomass fuels contributes to deforestation and degradation, the carbon stock stored in forests and soil decreases and carbon dioxide is released into the atmosphere. Even if forests regrow, until that time CO2 will have increased in the atmosphere for a period of decades or centuries. When the fuels are imported and burned to generate energy in Japan it results in large, immediate emissions to the atmosphere. This is however not counted as emissions of Japan. Also, fuel imports from overseas naturally emit a large amount of GHGs due to the long transportation distance. For example, Japan imports a large amount of wood pellets from Canada, and the GHG emissions from their transport amount to 17.2 g-CO2/MJ, which accounts for more than 70% of their total lifecycle GHG emissions.(4)(5) Therefore, biomass power generation is by no means carbon neutral. GHG emissions throughout the lifecycle should be evaluated and taken into consideration.

The current FIT planning guidelines do not include assessments of GHG emissions throughout the lifecycle of biomass power generation operations. In addition, the description of sustainability assessment for forest biomass fuels is ambiguous and left to the operators. This is not sufficient to prevent adverse impacts on forest ecosystems in extreme cases such as clear cutting of natural forests for fuel production. Projects that are not expected to reduce GHG emissions or that involve deforestation/forest degradation should be excluded from the FIT, including those that have already been approved.

We believe that biomass power generation should be small-scale and distributed, based on the principles of local production for local consumption and cascading use, and provide both heat and power. We believe that large-scale biomass power plants using imported fuels should be discontinued as they further accelerate the biodiversity and climate crisis.