Hitachi’s Chairman Nakanishi is reportedly going to visit British Prime Minister Teresa May on 3rd May to ask the U.K. government to take a direct stake in Wylfa Newydd nuclear power project in Anglesey, Wales. Hitachi’s struggle just shows the risks of the nuclear power project is simply huge. While putting huge risks and cost onto both Japanese and British people, it is unacceptable that companies and banks take profit.
Friends of the Earth Japan jointly with People Against Wylfa B released an urgent statement. Please see below. 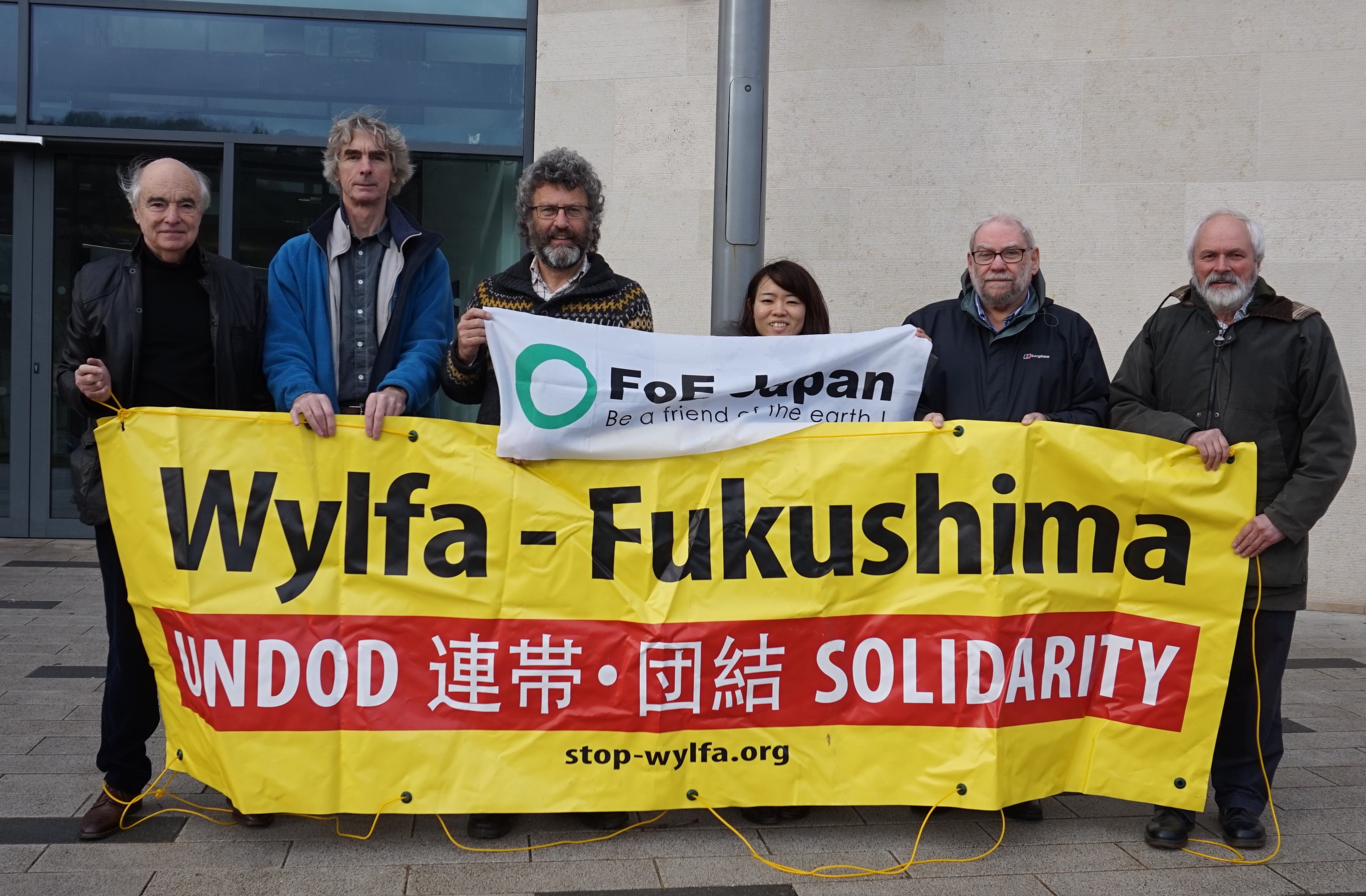 Friends of the Earth Japan
People Against Wylfa B


Hitachi’s Chairman Nakanishi is reportedly going to visit British Prime Minister Teresa May on 3rd May to ask the U.K. government to take a direct stake in Wylfa Newydd nuclear power project in Anglesey, Wales. The report says Hitachi is going to ask not only for direct investment but also an assurance for a power purchase agreement(1). Hitachi’s struggle just shows the risks of the nuclear power project is simply huge.

In addition to huge construction cost, nuclear projects are associated with various risks such as accidents, increased cost for tougher regulations, opposition from local people, radioactive waste management and so on. Risks are too huge to manage. Thus, it is clear that companies should decide to retreat from the project. While transferring risks of the project to people, it is unacceptable that the companies and banks take profits.

Electricity generated from Hinkley Point C nuclear power, which is currently under construction in UK will be purchased at £92.5/MWh, which is approximately twice as expensive as the average market price. National Audit Office of UK warned that this would increase ratepayers burden (4). If UK government gives an assurance for expensive price of electricity to Hitachi, the project will put more burden not only Japanese taxpayers with huge risks, but also British ratepayers with huge costs. For whose sake is this project?

The project site for Wylfa Newydd is surrounded by pristine nature. Colonies of protected bird such as Arctic terns was discovered near the site(5). The National Welsh Coastal Path borders the land bought by Hitachi which is in an area of Otstanding Natural Beauty. The project would put a heavy burden on the social and economic infrastructure on the island rather than benefitting the local economy(6) .

The Spokesperson from People Against Wylfa B, Dylan Morgan says;
"Don't pour good money in to the bottomless black hole of nuclear power. This is an old fashioned, dirty, dangerous and extortionately expensive technology. The Fukushima triple explosions and meltdowns has and will continue to cost the people of Japan greatly. There is no end in sight for this continuing tragedy, which means that no new nuclear reactors are going to be built in Japan. It is unacceptable that Japan wish to export this deadly technology to another state in order to keep Japan in the nuclear club."

TEPCO’s Fukushima Daiichi nuclear accident is not over. Globally the cost of renewable energy decreases dramatically and energy efficiency is also improved. Exporting nuclear power is against that trend. This is morally and economically the wrong direction. Moreover, pouring public money to a handful of private companies without consulting the public or having discussion at a parliament is unacceptable.

Japanese government and companies should seek and promote nuclear phase out and sustainable and democratic energy systems based on thorough reflection on the lessons learned from the nuclear accident. We strongly oppose Hitachi’s Wylfa Newydd project. No money from Japanese and British taxpayers should be used to save this totally outdated and dangerously wasteful project.


Please sign the petition from HERE (via Change.org) or here (for organizational sign-on)