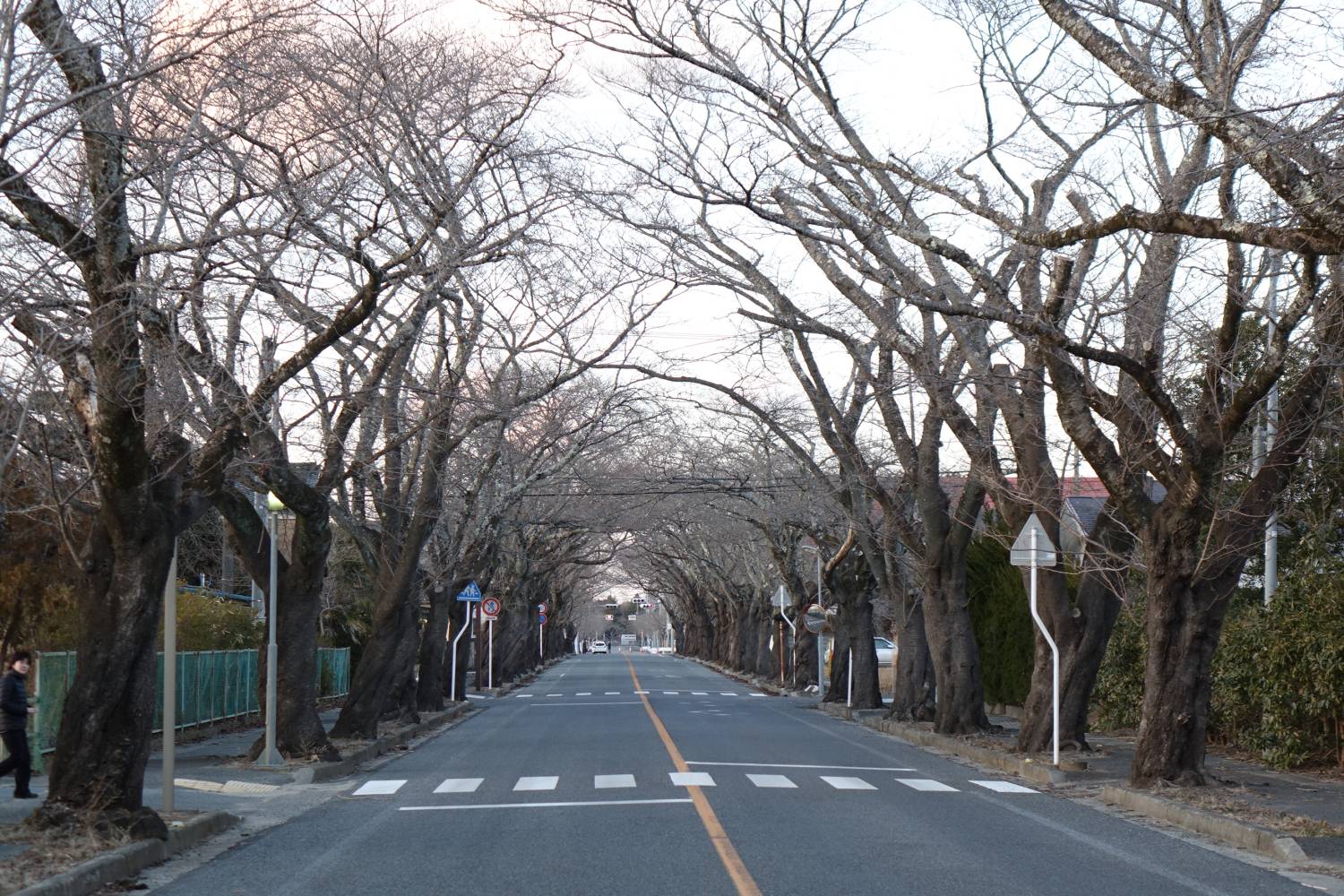 Seven years ago, on March 11, 2011, a huge earthquake and tsunami in Japan's Tohoku region (officially known as the Great East Japan Earthquake) sparked a disaster at the Fukushima Daiichi Nuclear Power Plant. To this day, we are still facing the consequences of a prolonged and unprecedented nuclear disaster.
The devastation is both varied and complex. Due to the wide area of nuclear contamination, peoples' lives in many areas have drastically changed. Many have lost their lifestyles that were once in coexistence with nature. People have lost their livelihoods and purpose in life, families and communities have been separated, concerns about health risks have increased, and people face prejudice and bullying in the places they have gone for evacuation and refuge….
The government's decision to discontinue housing support has isolated some evacuees and caused financial hardships.
The victims' livelihoods should be properly restored and concrete measures should be in place for health checkups and recuperation. But the current situation actually prevents open discussion, as people who express concern about disaster damage and health often get the response that they are an impediment to recovery or they are fostering harmful rumors. All of these outcomes can be regarded as damage caused by the nuclear disaster.

We call upon the Japanese government to properly recognize the current situation of the damage, and to do more to restore the victims' daily lives and dignity.

On March 9t, several opposition parties submitted the so-called "Zero Nuclear Power Bill" calling for the elimination of nuclear power in Japan. We welcome this development and hope to see the start of serious discussions inside and outside of the parliament about a nuclear phase out. Nuclear power has played a very small role in Japan's electricity supply in the past several years. Taking into account the improved energy efficiency and expansion of renewable energy, the country can and must go to zero nuclear.

In order to never repeat the same disaster, we wish to stand, along with the victims of Fukushima, to aspire to a peaceful world without nuclear weapons and nuclear power.

1. Reconstruction of livelihoods of the evacuees
The government has set 20 millisieverts per year as its standard to designate areas as evacuation zones. Evacuees from the non-designated areas received no compensation and were forced to evacuate on their own. The general public does not understand their plight, and many evacuees were viewed as having evacuated on their own whim. As a consequence, many face difficulties due to misunderstanding and prejudice from local people where they are trying to establish a new life. The only assistance to them was the provision of housing based upon the Disaster Relief Act, but the assistance was terminated at the end of March 2017.
However, many of the residents have chosen to continue to lead a life as evacuees, away from their home towns. It has been a year since the termination of housing assistance. Many pleas have been pouring into organizations that provide assistance to evacuees; many of the issues are related to financial burdens that they face and poverty resulting from these conditions. For example, according to a survey of the household income of the evacuees' families residing in Tokyo conducted by Tokyo Metropolitan Government, over 20% of those evacuee households surveyed have monthly income of less than 100,000 yen (1,000 USD) and approximately half of the respondents make less than 200,000 yen (2,000 USD) a month1. Also, 16.5% of respondents said they have no one to talk to about their situation. Many of the households have just one or two members, and many or elderly and mother-and-child evacuees. It is imperative that the national government carry out a survey to learn the current situation of the evacuees and to plan a comprehensive policy for the reconstruction of the livelihoods of these people.

2. Let the people participate in creating "reconstruction" policy
The Government of Japan has been successively lifting access restrictions on evacuation zones and implementing return-home policies, in the name of the "accelerating the reconstruction." However, this exercise of lifting the evacuation orders is not reflected in the opinions of the evacuees, which is evident from the fact that not many people have returned2. Furthermore, the younger generation has not returned, while the elderly are returning only sporadically. The rest of the current occupants of these zones are workers involved in nuclear debris removal operations and people associated with major companies in construction and other business in the area.
On the other hand, evacuees living in temporary housing include many people who would hope to return but cannot. If the intention of the government to "reconstruct" is to restore the livelihoods of the people and for them to lead lives as happy as they were before the disasters, what the government has been promoting with its hasty return policy is far from real "reconstruction." It is not taking seriously the risks of radiation, and moreover, the bulk of the reconstruction budget is for infrastructure construction and civil engineering works.
The Japanese government should revise its current reconstruction policies through discussions that ensure the broad participation of stakeholders.

3. Calling for continuation and expansion of health checkups
According to the Fukushima prefectural health examination of children who were under 18 years old at the time of the accident, 197 children were diagnosed as having malignant thyroid cancer, of whom 159 children had been operated on and had confirmed cancerous cells3. However, some experts who claim this is "excessive diagnosis" and demand a reduced examination program. In reality, there were many cases of children with lymph node metastasis and invasion of thyroid tissues, some of which have been found to spread to distant organs.
The "3.11 Fund for Children with Thyroid Cancer," for which FoE Japan is one of the founding organizations, has been providing financial assistance for medical treatment of thyroid cancer for children who reside in 15 cities and prefectures in eastern Japan. In some cases conditions were found too late, and the malignant cancer cells had spread to the lungs. The delays were the result of a lack of sufficient medical examination facilities outside Fukushima Prefecture. According to a questionnaire conducted by this Fund, many of the patients would like to see the continuation and expansion of medical testing for prefectural residents, and there was no one who want it reduced.
Rather than starting with the premise that "there is no cause-and-effect relationship" between the radiation and the illnesses, the government should apply the precautionary principle, and take responsibility for providing the medical examinations and improving the medical system.

Reconstruction for the people
At the moment, the bulk of the public funds for reconstruction has flowed into decontamination efforts, infrastructure work, and facilities for reducing the volume of disaster-related radiation wastes. Some of these infrastructure projects have questionable benefits, could cause significant environmental damage, and even face opposition from many of the residents. It is clear that a thorough review of the operations is needed. On the other hand, apart from decontamination operations, almost no effort has gone into measures against radiation exposure. There are some refreshment/recuperation camps and recreation programs for children in Fukushima, but these are very limited in scope and are being run by civil society organizations with limited resources.
Under the name of "reconstruction," the government wishes to reduce the number of evacuees and to deny the impacts of radiation. But this posture is merely placing more of a burden onto the victims of the nuclear power disaster. Rather than playing down the damages and impact, we call upon the government to clarify who bears responsibility for the disaster, and to develop policies that will allow the disaster victims to be able to live their lives with purpose and dignity.

1. "Result of questionnaire conducted for evacuees of Fukushima Prefecture at the conclusion of the provision of temporary housing at the end of March 2017" Tokyo Metropolitan Office, 11 October 2017
2. The rate of return (including newly transferred people) stands at 3.2% in Tomioka, 2.7% in Namie, 10.3% in Iitake mura, 30.1% in Kawamatacho Yamagoya (as of 1 February 2018).
3. According to the announcement of the Health Examination Committee of Residents of Fukushima Prefecture, to 5 March 2018.