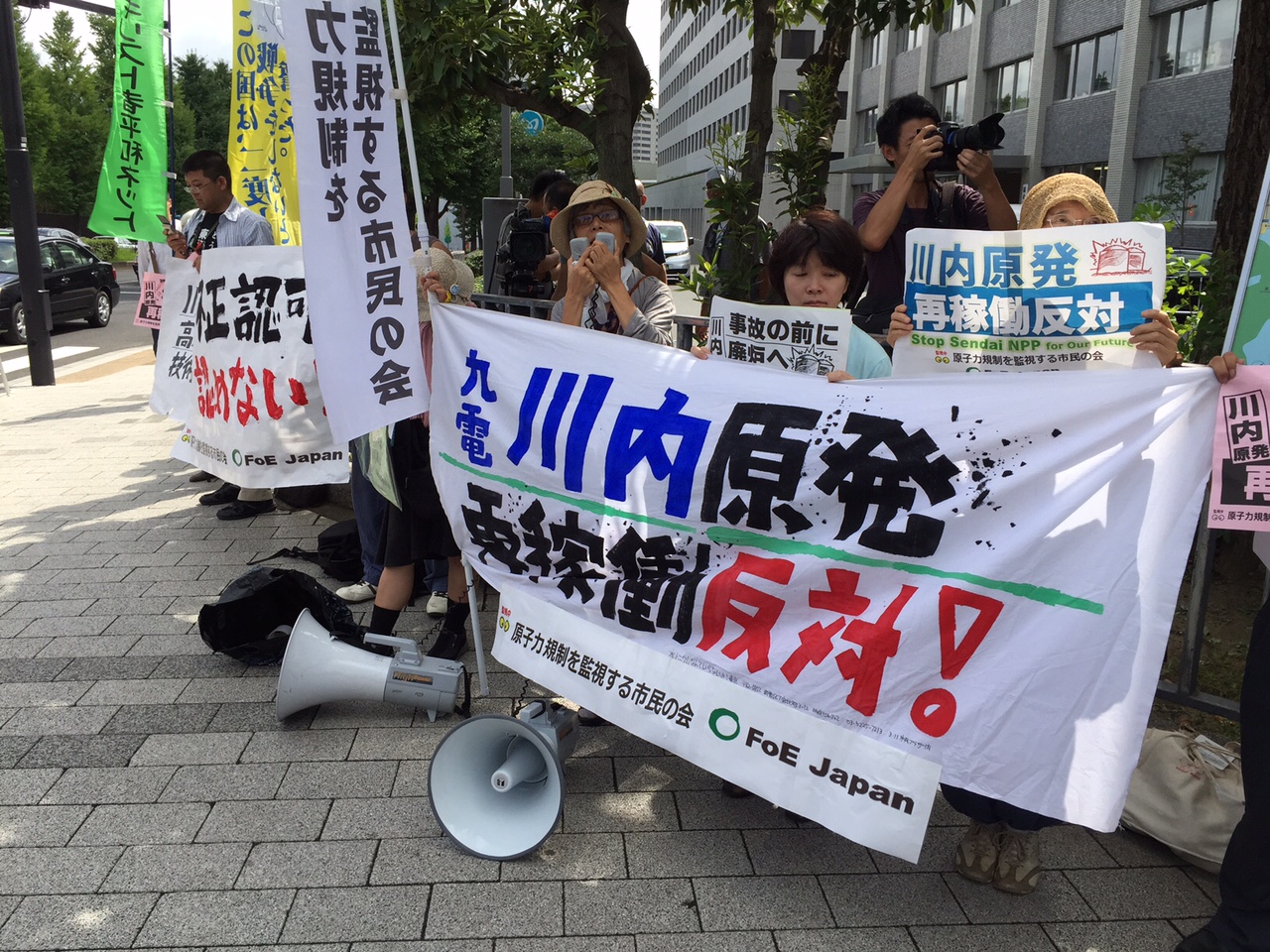 Today, the Sendai No. 1 nuclear reactor was restarted.

We strongly protest the restart of the Sendai nuclear power plant, which has been done as if the Fukushima nuclear accident never occurred.

The problems with the Fukushima accident have still not been resolved. More than 100,000 people lost their communities and are being forced to live in long-term shelters. Contaminated water is still being discharged, and radiation concentrations continue at high levels in seawater inside and outside of the bay. In Fukushima Prefecture, more than 100 children have been diagnosed with thyroid cancer, and even the prefecture's thyroid assessment committee has had to admit that there are many cases.

The review by the Nuclear Regulation Authority is merely a facade to produce the desired result. It is no guarantee of the safety of the Sendai power plant.

The volcanic risk assessment went ahead without a volcano expert. Kyushu Electric Power. The Authority blindly accepted Kyushu Electric Power's monitoring guidelines that pretend they can predict a major eruption. Earthquake-related reviews were done based on the Irikura method, which has been pointed out to underestimate earthquakes, and NRA's “ aging management implementation guideline for nuclear power generation equipment ” were circumvented at the last minute in order to rush the restart of the reactors .

Evacuation plans are riddled with problems, and no one has verified their feasibility.

In public opinion surveys, nearly 60% of the public both in Kagoshima Prefecture and nationwide are opposed to the restart of the reactors. Many people demanded that Kyushu Electric Power and the national government hold briefings and public hearings, but their voices were ignored.

Many people are aware of the deceptive actions of the government and Nuclear Regulation Authority, and are raising their voices in protest.

Once again, we call on the government to acknowledge the seriousness of the Fukushima nuclear accident, to listen to the many voices demanding an end to nuclear power in Japan, and to change course toward nuclear-free policy.