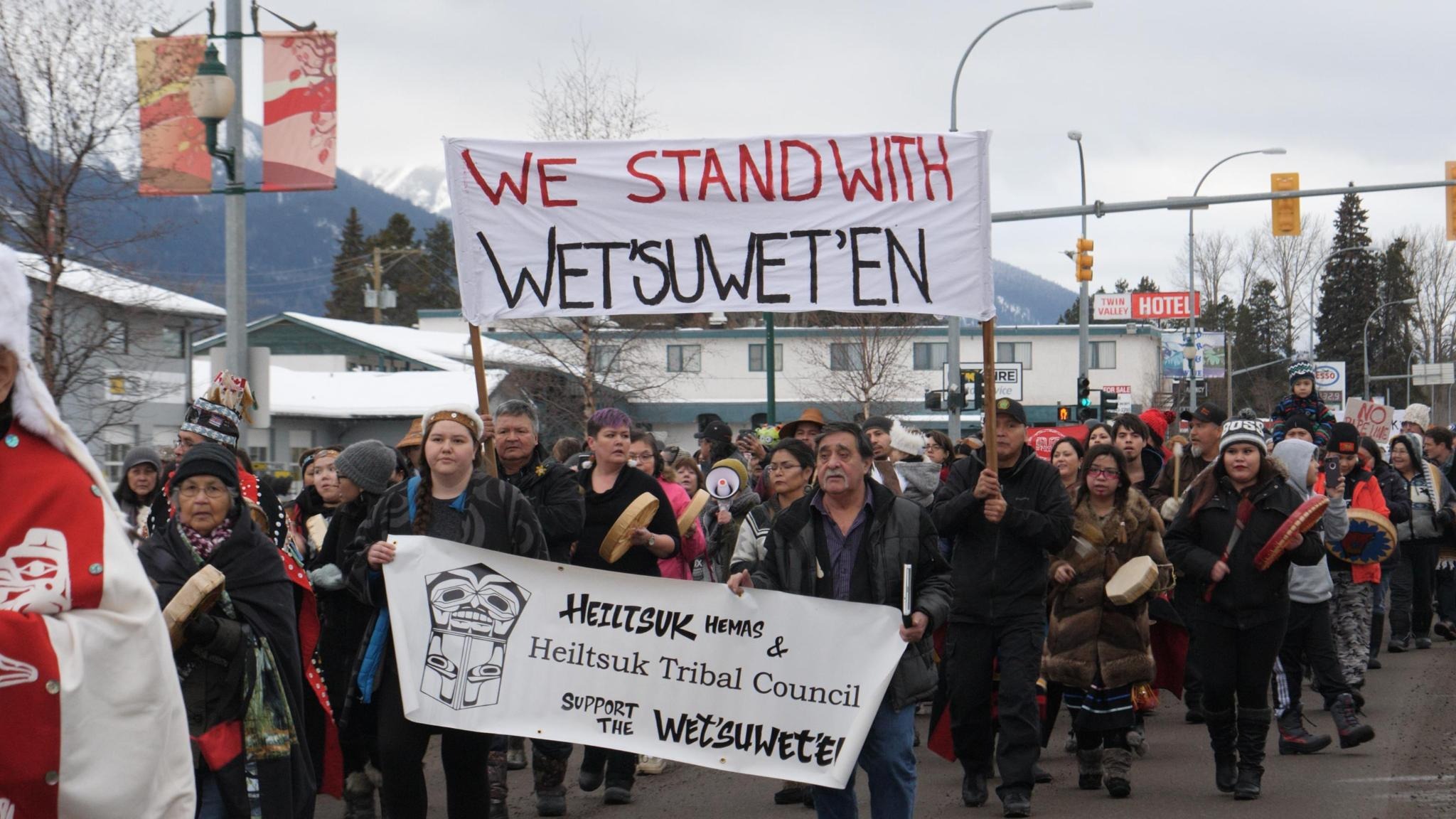 The LNG Canada project plans to construct liquefaction plants and an export terminal. Shale gas used for the project will be extracted in the Montney Formation in British Columbia (BC) and transported through a 670 kilometer pipeline to the terminal in Kitimat, where the gas will be liquefied and exported to Asian markets.
Investors of the project include Mitsubishi Corporation and Royal Dutch Shell. The Japan Bank for International Cooperation (JBIC) is currently considering financing the project, and Japanese private banks are also expected to provide co-financing but it is yet not clear which banks are considering it. However the three major Japanese banks have already been financing the Coastal Gaslink pipeline project, and therefore there is a good possibility that they will provide financing for the LNG Canada project as well.

There is already strong opposition by Indigenous Peoples and the civil society in the areas where gas is being extracted and pipelines will pass through due to concerns about cumulative effects of development. In addition, a report released by the International Energy Agency in May warns that in order to achieve a net-zero society in 2050, we must stop supporting new oil and gas projects after 2021.

Molly Wickham (Sleydo'), spokesperson for the Gidimt’en checkpoint, a reoccupation and resistance site on Cas Yikh, a house group in the Gidimt'en Clan of the Wet'suwet'en Nation says, “The Coastal Gas Link Pipeline, which supplies LNG Canada, must be evaluated as an associated project. Today the project operators are trying to invade and destroy our valuable cultural heritage site without consulting us. This is illegal. We never ceded our land to any companies.”

Ayumi Fukakusa, campaigner for Friends of the Earth Japan pointed out that “obtaining Indigenous peoples' free, prior, informed consent (FPIC) is recognized as an international standard. Financing the LNG Canada project that has problems acquiring FPIC would violate the Equator Principles adopted by the three banks and the policies set by each bank. To stop the climate crisis we cannot allow new gas development.”