July 16, 2021
Joint Statement with the list of all signatories > PDF 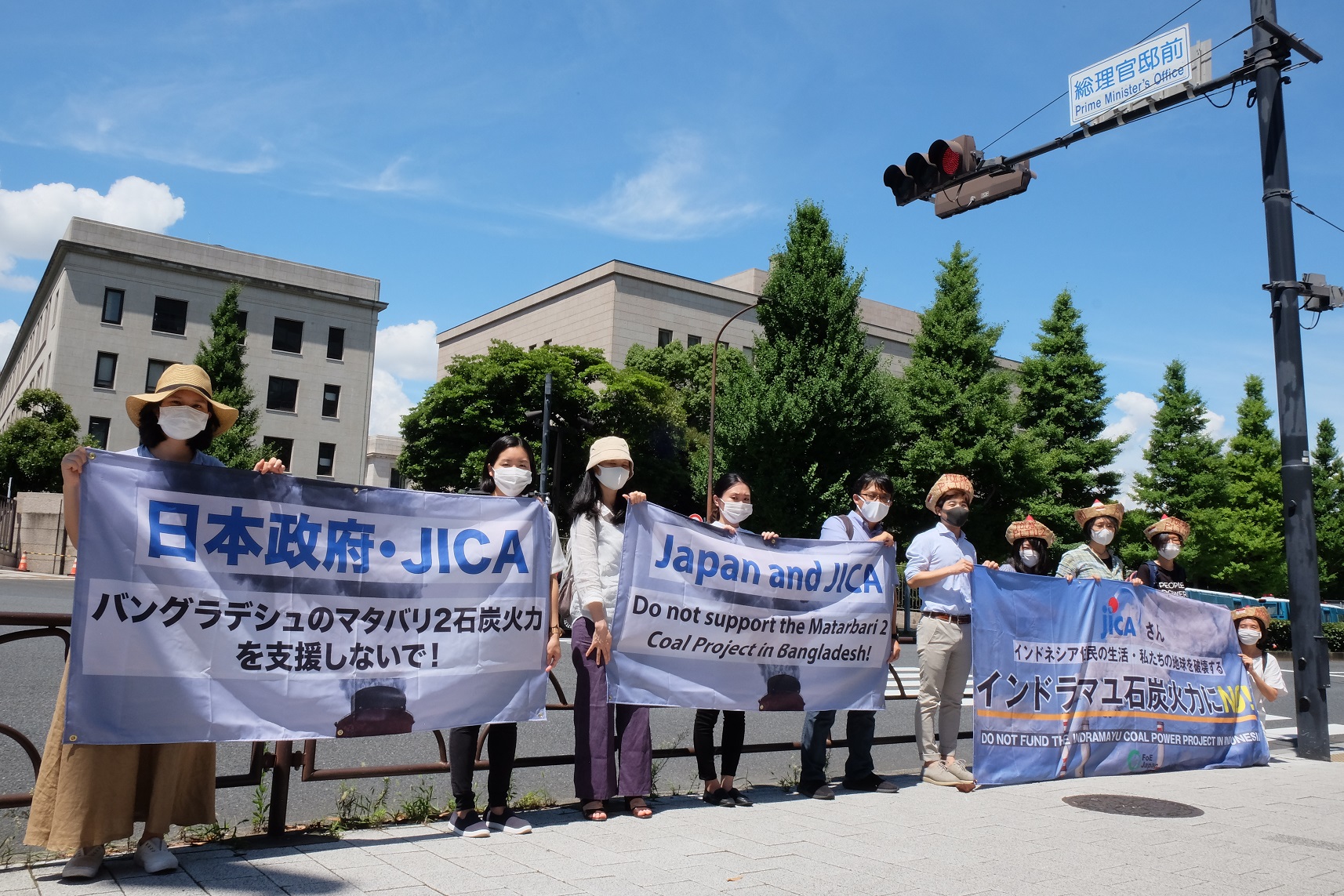 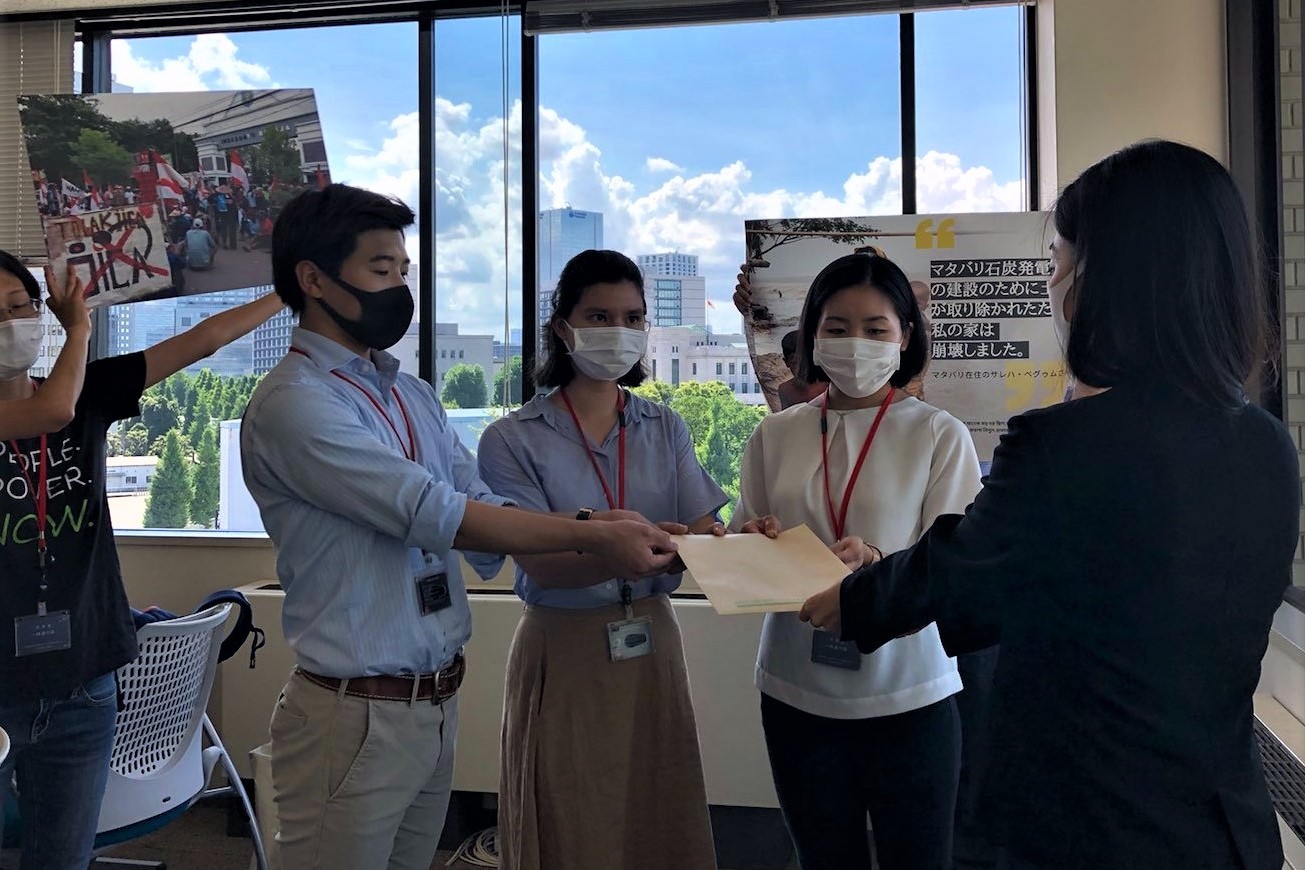 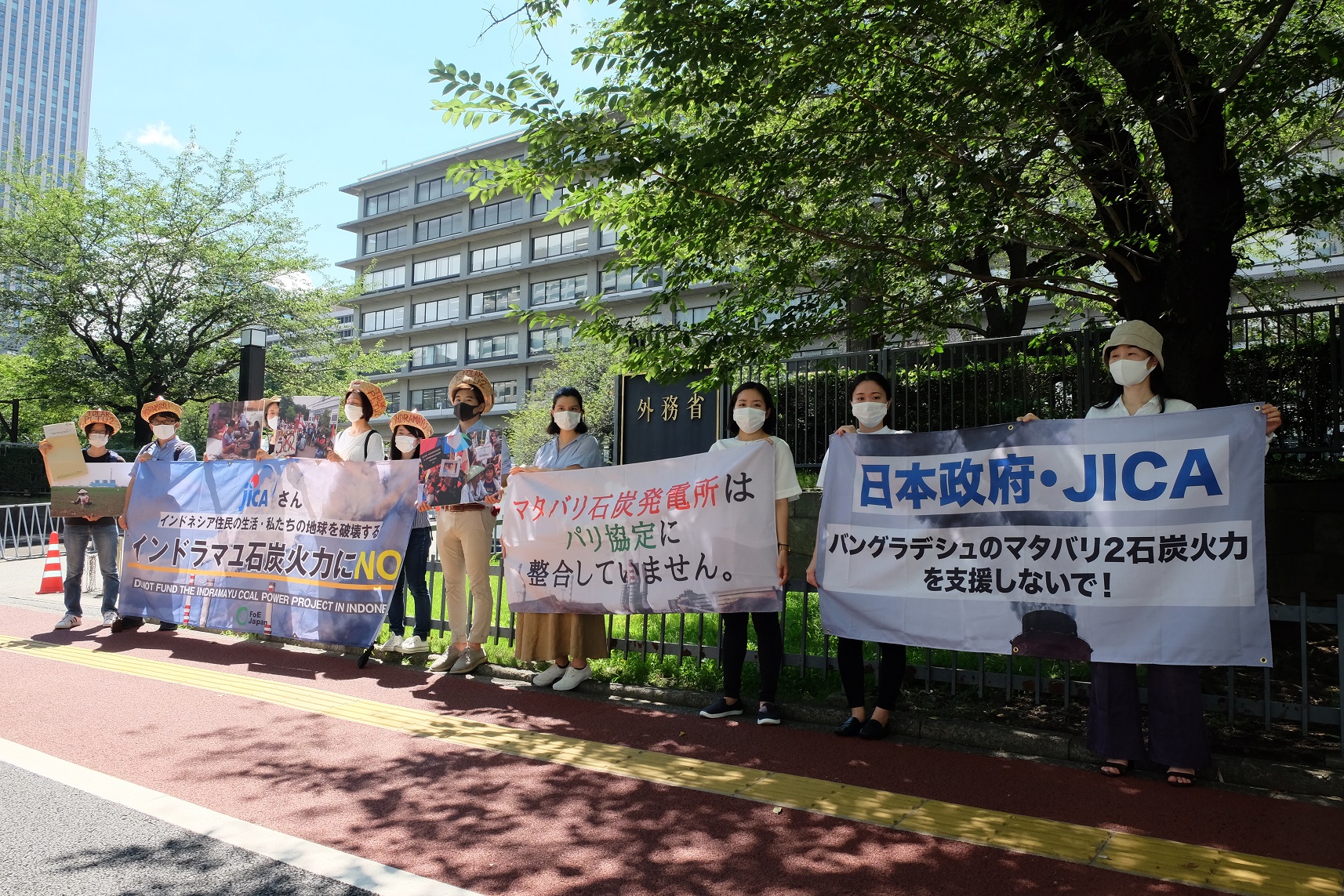 Despite the G7’s Statement, stating to “end new direct international government support for unabated coal-fired power generation by the end of 2021”, the Japanese government is still saying that it is determined to exclude the new yen loans for the main construction of the Indramayu and the Matarbari 2 coal plants through the Japan International Cooperation Agency (JICA).

On July 16, Japanese CSOs submitted a joint statement (endorsed by 120 organizations from 25 Countries), which strongly condemns that Japan is violating the contents of the G7 Leaders’ Statement, and call on the Japanese government to immediately make a decision to end the support for the main construction of Indramayu (Indonesia) and Matarbari 2 (Bangladesh) coal plants.

Joint Statement: Japan must not be allowed to violate the G7 Leaders’ Statement
- Supporting new Coal Plants in Indonesia and Bangladesh goes against the Agreement -

The fact that the Japanese government is violating the contents of the G7 Leaders’ Statement was confirmed when a Japanese civil society organization checked with the Ministry of Foreign Affairs (MoFA) whether the policy applies to the aforementioned 2 projects (*2). According to MoFA’s response, the 2 projects are already in the process of being implemented and are not considered as new projects, thus are excluded from the scope of the G7 Leaders’ Statement.

However, in some cases in the past, MoFA has interpreted projects that are “in process for implementation” as “new projects” and has decided to stop such new projects. For example, when official development assistance (ODA) for Vietnam and Indonesia were suspended due to corruption issues, the adoption of new projects suspended (*3). Currently, the Japanese government is continuing to disburse loans for the engineering service in Indramayu and is conducting a preparatory survey for Matarbari 2. It is inconsistent for the Japanese government to exclude these 2 projects from the new policy by stating that they are not “new” because they are “in process for implementation.”

Also, for both projects, the main construction has not started and the loan for construction has not yet been adopted. As such, it is feasible enough to not provide these types of support in the future, in other words, to end direct support for coal-fired power generation by the end of 2021.

The G7 Leaders’ Statement is committed to aligning international public finance with the net-zero by 2050 goal, hence supporting the construction of new coal-fired power plants goes against this agreement. Japan's biased logic described above is unacceptable in the international community. Inevitably, Japan will once again be criticized on the global stage, such as at this year’s G20 and COP26, for undermining global decarbonization efforts.

Therefore, the Japanese government should review the interpretation of “new” support in the G7 Leaders’ Agreement and state that it will not adopt an ODA loan for the main construction of Indramayu and Matarbari 2 coal-fired power projects.


LIST OF SIGNATORIES
This letter is signed by 120 organizations, including those working at international and regional levels plus organizations working nationally in 25 countries.