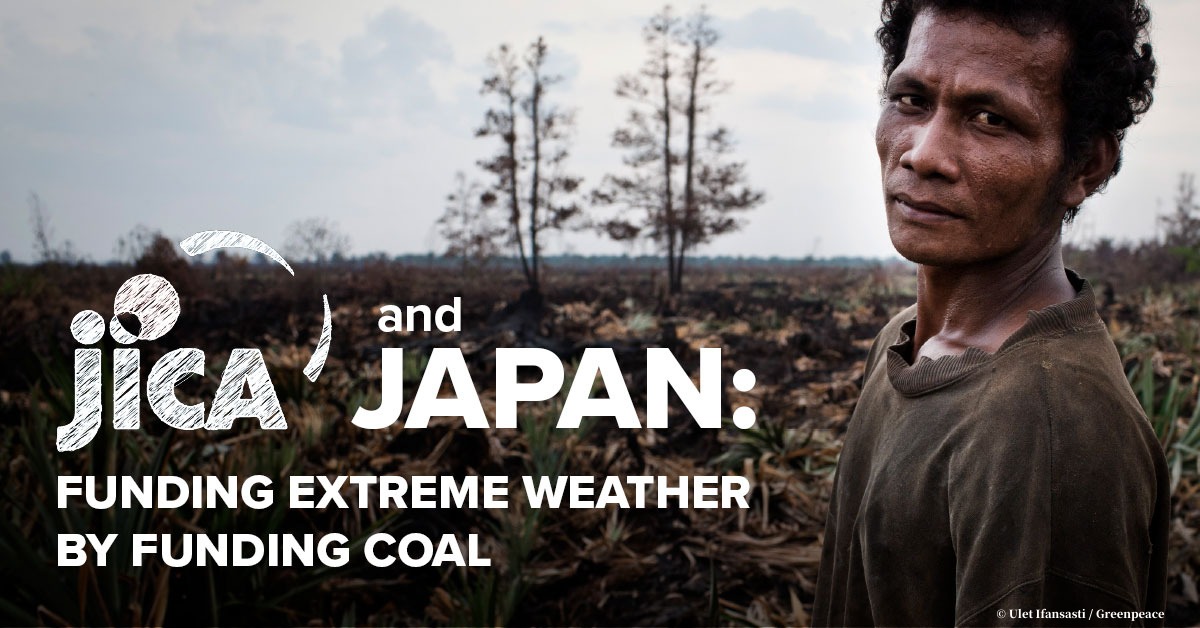 Re: Request the French Government to stand firm against Japan’s support to coal in Indonesia and Bangladesh ahead of the Finance in Common Summit in November

We, Indonesian and Bangladesh farmers and local NGOs, are writing to you to share our concerns about Japan’s financial support to new coal plants, instead of recent Japan's 2050 Carbon Neutral Declaration, and call for your help. As a host of the Finance in Common Summit on November 11-12 and UN ambassador on climate and finance, none is better placed than you to stand firm against the Japan’s coal support abroad.

In particular, we call you to condition the Japanese presence at Finance in Common Summit upon its government’s commitment to cease all support to new coal plants, including those in the pipeline.

Among others are the expansion of the Indramayu coal-fired power plant project (1,000 MW) (hereinafter, the “Indramayu Project”) in Indonesia, and the Matarbari 2 coal-fired power plant project (1,200 MW) (hereinafter, the “Matarbari 2 Project”) in Bangladesh. As the other projects, including Cirebon 1 and Tanjung Jati B in Indonesia, these projects will not bring the benefits claimed by the Japanese government, but are an additional threat to climate crisis as well as to our livelihood, health and human rights. We, as populations of hundreds of thousands, want to let you know we refuse the development of such projects pursued on our behalf.

Aside from climate, as the Indramayu Project will deprive us of clean air and livelihood, such as rice and vegetable farming and coastal fishing, we have kept raising our voices to strongly oppose the Indramayu Project to both Japanese and Indonesian governments since 2016. As a result, serious human rights violations or criminalization to the local farmers, who have joined the protest activities against the Indramayu Project, have also occurred; four and three farmers in each case were faced with a false accusation and were put in jail for 5 to 6 months in 2018-2019. In addition to these environmental and social problems, there is also a big question as to the necessity of the Indramayu Project due to the electricity oversupply in Java-Bali grid, where the reserve margin has currently reached around 30 percent.

Even after signing the Paris Agreement as one of the Annex-1 countries, Japan continued financing for the Matarbari Coal Power Plant. In addition to its emission of 266-296 million tonnes of carbon in 30 years of lifetime, it is estimated that the power plant would cause a total of 148,000 to 410,000 avoidable premature deaths over the typical 30-year operation period of those plants.

New coal-fired power plants will typically operate for decades, thereby “locking in” future greenhouse gas emissions for an extended period. Each of them is utterly inconsistent with a 1.5°C target of the Paris Agreement. In 2019, the UN Secretary-General called countries to make 2020 the last year when new coal plants got built.

On November 11-12, France is hosting the first global meeting of Public Development Banks that intends to reconcile “the entire finance community in support of the common action for climate and the UN Sustainable Development Goals.” The presence of the Japanese government at the Finance in Common Summit will be at odd with its objectives considering the severe risks of the aforementioned risks related to new coal plants, unless Japan commits to no longer support such projects.

After massive international criticism toward Japan, in July 2020, the Japanese government adopted a policy which stated that “in principle,” the government will not provide official financial support for any host country that does not have a confirmed policy for transition to decarbonization. However, the principles leave a major loophole, since they do not apply to projects that are at the planning stage, including the Indramayu Project and the Matarbari 2 Coal Power Plant. Japan International Cooperation Agency (JICA) is still expected to provide billions of dollars for the Indramayu and Matarbari 2 Projects.

Thus, we call on you to raise the concerns about Japan's support for coal projects and urge the Japanese government to stop all support to coal-fired power projects, including the Indramayu Project in Indonesia and the Matarbari 2 Project in Bangladesh.

Thank you very much for your attention and consideration in advance and we look forward to your sincere response to our plea.