Japanese companies, Marubeni and JERA (a joint venture between Tokyo Electric Power Co., Inc. and CHUBU Electric Power Co., Inc.) and a Japanese public financial institution, the Japan Bank for International Cooperation (JBIC) are currently involved in a coal-fired power plant project (Unit 2: 1,000 MW) in Cirebon, West Java, Indonesia as investors and a financier. Recently the Korea Times reported that one of the contractors for this project, Hyundai Engineering &Construction (Hyundai E&C) has admitted to bribing the local regent (the original article is available from here).

According to an article in Indonesia, the local regent at that time is already under arrest for several bribery cases including this one, and he mentioned that he received 65 billion IDR from Hyundai E&C at the on-going trial in Bandung (the original article is available from here – in Indonesian). 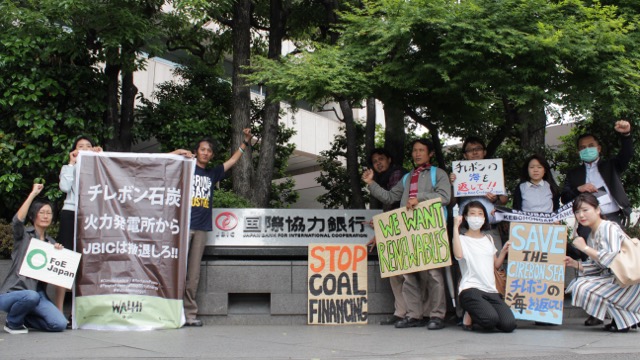 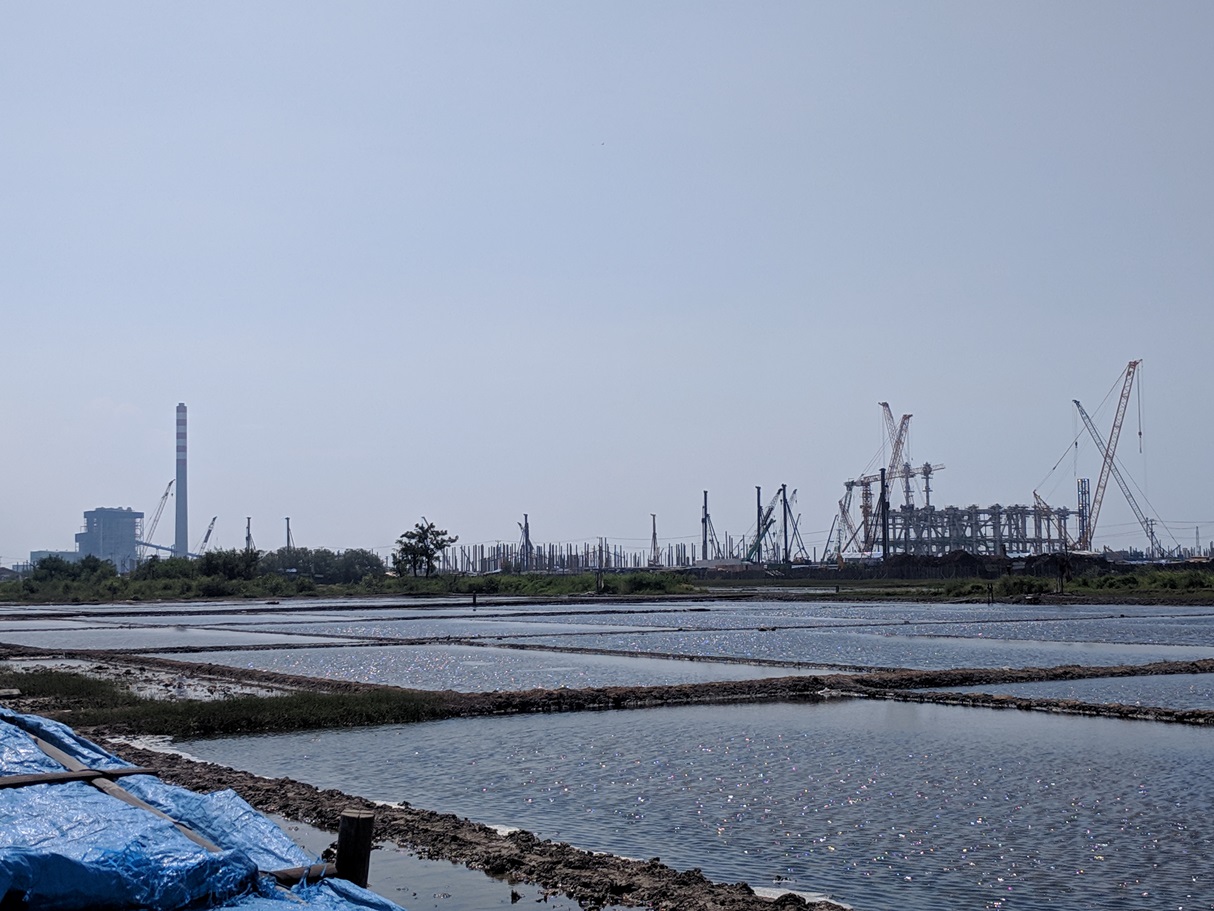 (Left) May 2017 People from Cirebon protesting in front of JBIC
(Right) April 2019 Construction for the second plant being taken place right next to the existing plant.

Witnessing and experiencing the huge impact that the existing power plant (Unit 1: 660 MW) brought to the community, local people, especially small-scale fishermen have been protesting against the project and raising their voices to protect their community from further destruction. They also submitted an objection letter to JBIC in May 2017.

While there were various issues that had to be solved, JBIC decided to make a loan agreement (up to 731 million USD) with PT Cirebon Energi Prasarana (CEPR), a joint venture (Marubeni and JERA also invest in this company) that awarded Hyundai E&C a contract for construction, and they still continue to disburse loans today.

Can they really say that those loans, with Japan’s public money, are not illegally used to silence the opposition from the local citizens so that the construction work can continue?

More investigations on this bribery case are expected to take place both in Indonesia and South Korea, but JBIC should suspend its loan disbursement and conduct its own investigations on how Japan’s public money is used. The results from these investigations should be made publically accessible and explained as well. Furthermore, to prevent from reoccurrence of such illicit financial flows, JBIC should demand borrowers to review their anti-bribery measures and strengthen them.

Unit 1 was proposed by PT Cirebon Electric Power (CEP), a joint company between Marubeni (32.5%), Korea Midland Power Co or KOMIPO (27.5%), Samtan (20%) and Indika Energy (20%). The company signed a 30-year power purchase agreement (PPA) with an Indonesian government-owned corporation, Perusahaan Listrik Negara (PLN). The total project expense is 850 million USD, and JBIC financed 214 million USD out of the total loan amount - 595 million USD. It has been in operation since 2012.
Unit 2 is proposed by PT Cirebon Energi Prasarana (CEPR), a joint company between Marubeni (35%), JERA (10%), Samtan (20%), KOMIPO (10%), IMECO (18.75%) and Indika Energy (6.25%). The company signed a 25-year PPA with PLN. The total project expense is about 2.2 billion USD, and approximately 80 percent of it is loaned by JBIC, Export-Import Bank of Korea and private banks such as Mitsubishi UFJ Financial Group, Mitsui Sumitomo, Mizuho and ING (JBIC loans 731 million USD). They completed the construction of access roads and site preparation work, and already began full-scale construction. It is expected to operate from 2022.

You can find more details from here (in Japanese):
Friends of the Earth Japan website